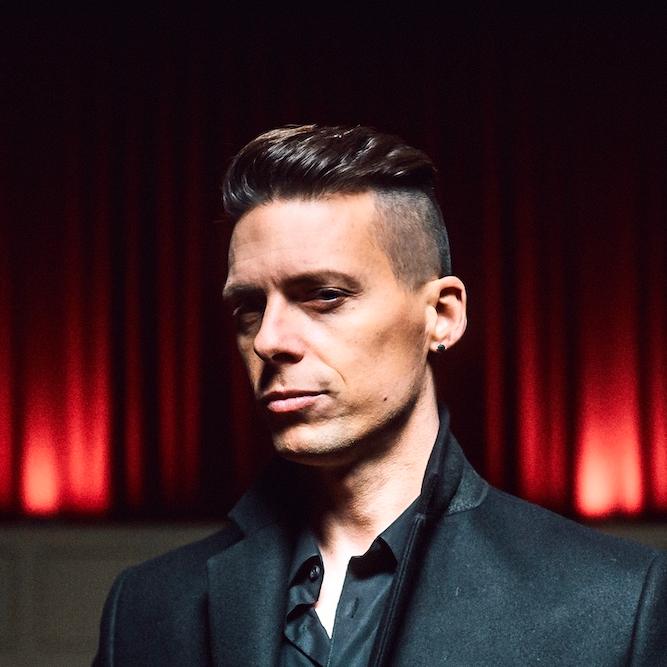 Meet Billy - our member of the month in December!

Introduction round: Who are you and where are you from?
My name is Billy Andrews. I moved to Berlin in 2010 after growing up in Dresden. My family is American working in classical music and moved to Dresden for work in 1991 after the Wall came down.

What made you come to Berlin?
After my classical training as a singer I wanted to find a way to bring back the coolness in classical music. Berlin offered the opportunity to do this in a focussed and mainstream industry style. Shortly after relocating to Berlin I founded my first label with a partner, became “The Dark Tenor” as an artist and licensed my debut album “Symphony of Light” to Universal Music Germany. It then went on to sell more than 100,000 CDs and was awarded Gold.

What exactly do you do? What's in the pipeline for the near future?
I market, produce and release music and videos in the Classical Crossover genre. After creating and releasing 3 studio albums for Universal Music i had the chance to become independent. I founded my sole owned label Red Raven Music and began releasing my own products for "The Dark Tenor”.
I began developing my brand to a Rock meets Classical product. I just recently released my new Album CHRISTMAS featuring the Song Hallelujah. The future holds the continuous development of my brands around "The Dark Tenor”. A new studio album is ready to kick off for 2021 and I am beginning to bring my music to an international audience in Asia and South America as well as Russia. Here’s an example of my live show.

Since when do you cowork at Office Club Berlin Prenzlauer Berg?
In 2019 I was looking for a lighter way of building my business structure. And there it was.

What is the benefit of using a coworking space for you?
I travel a lot and needed a flexible system that would allow flexible meeting rooms, registration of my GmbH as well as postal services. I looked at the obvious competitors and found Office Club to be the greatest opportunity. The team is super friendly, competent and the space is fun to work and hang out at. Some of my friends also became members.

Which questions / problems could you help your coworking neighbour with?
In the pandemic friends of mine needed places to escape the home office. As nice as it may seem to work from home it’s still something to “go to work” regularly. I'd love to engage more with the Club members though.

Do you have favourite spots in Berlin? Something to recommend / consider especially for people coming here?
Berlin offers anything for anyone! It’s a true Disney Land for kids, grown ups, families and singles. I live in Pankow, north east Berlin. I love hanging out at Bürger Park and go for dog walks in Schönholzer Heide. Tiergarten and Cafe am Neuen See offer a beautiful space to row your boat and have a pizza. All my favorite restaurants are in Prenzlauer Berg and offer a ton of variety just around the corner from Office Club. Try Italian at Delizie D Italia on Kollwitzstraße, Mexican Streetfood at Maria Bonita on Danziger Straße, Burgers at Tommy’s Burger on Invalidenstraße and Grindhouse Burgers on Kollwitzstraße as well as Israeli at Djimalaya on Invalidenstraße. Guten Appetit!